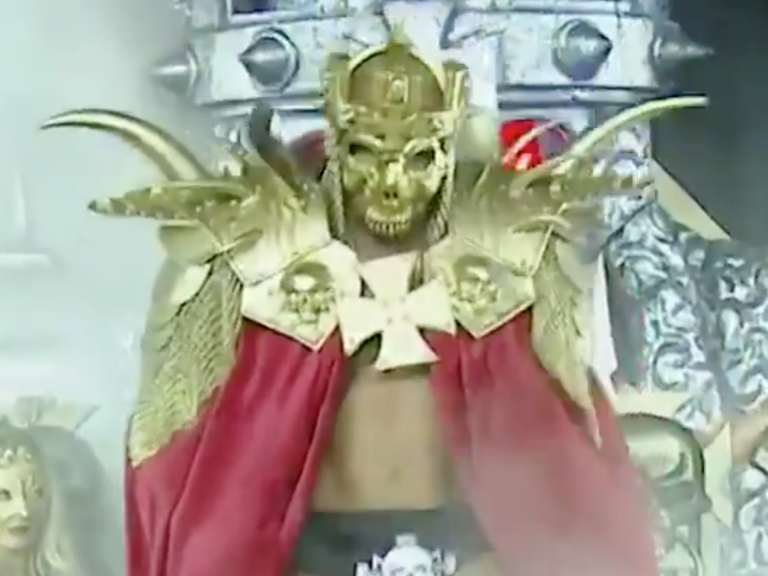 Triple H has mocked Deontay Wilder for his excuse after losing to Tyson Fury after wearing a similar costume for his match at Wrestlemania 30.The WWE icon poked fun at the former world heavyweight champion, who blamed his ring walk costume for the seventh-round knockout loss to the Gypsy King, with claims the tribute for Black History Month sapped energy from his legs.And Triple H has now ridiculed the Bronze Bomber by also attributing an elaborate ring walk costume for his own defeat to Daniel Bryan at The Showcase of the Immortals back in 2014.ESPN showed a re-run of the show on Sunday and promoted it by showing The Game making his way to the ring draped in a gladiator-like costume.Triple H, who would go on to lose the world heavyweight championship eliminator, wrote: “Just as an FYI That entrance costume was super heavy… Like 45 lbs… My legs were shot… Only reason Daniel beat me!!!!!!”Wilder wore a costume in tribute to Black History Month that weighed more than three stone (AP)Wilder has already activated his rematch clause to fight Fury for a third time, with the fight initially scheduled for 18 July, though the coronavirus pandemic may force a delay.The former WBC title-holder maintains the first loss of his career was due to the costume he wore to the ring, despite multiple knockdowns in the one-sided beat down in Las Vegas last month.> The King of Kings @TripleH is ready for the encore presentation of WrestleMania30 on ESPN, are you? pic.twitter.com/SqJP0F4nxV> > — ESPN (@espn) > > March 22, 2020“I didn’t have no legs from the beginning of the fight. In the third round, my legs were just shot all the way through,” Wilder remarked in the aftermath.“I was only able to put it on (for the first time) the night before but I didn’t think it was going to be that heavy. It weighed 40, 40-some pounds with the helmet and all the batteries.“I wanted my tribute to be great for Black History Month. I wanted it to be good and I guess I put that before anything.”

Like Loading...
‹ Tom Brady’s decision to join the Buccaneers wasn’t just the right one, it was the only one
AP source: Falcons agree to deals with Treadwell, McCray ›

Fashion Before the Show