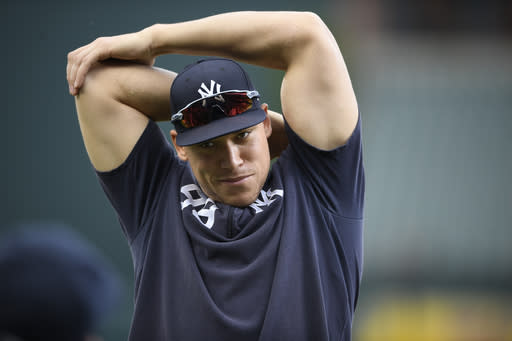 Given an extra 3 1/2 months for their brittle stars to heal, the New York Yankees will closely monitor the conditioning of Aaron Judge, James Paxton, Aaron Hicks and Giancarlo Stanton ahead of a season unlike any other. ''We want these players to withstand a 60-game sprint over a 66-day schedule,'' Yankees general manager Brian Cashman said Tuesday on the eve of the first arrivals for ''spring'' training 2.0, already dubbed summer camp in Major League Baseball's marketing deal. New York had been set to open March 26 at Baltimore with many of its key cogs on the injured list but expects all of them to be available when training resumes this weekend.