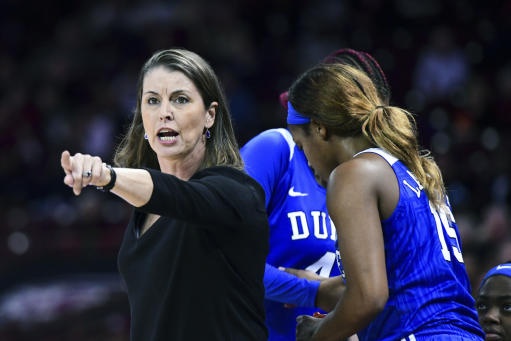 “I want to provide an opportunity for change, growth and a sense of security relative to the future of the program,” McCallie said, noting she hoped the move would allow the team “to play free without the burden and uncertainty of their coach's future.” McCallie led the Blue Devils to a 330-107 record in her 13 seasons and was a three-time Atlantic Coast Conference coach of the year. Duke won at least a share of the ACC regular-season title four times as well as three ACC Tournament titles.