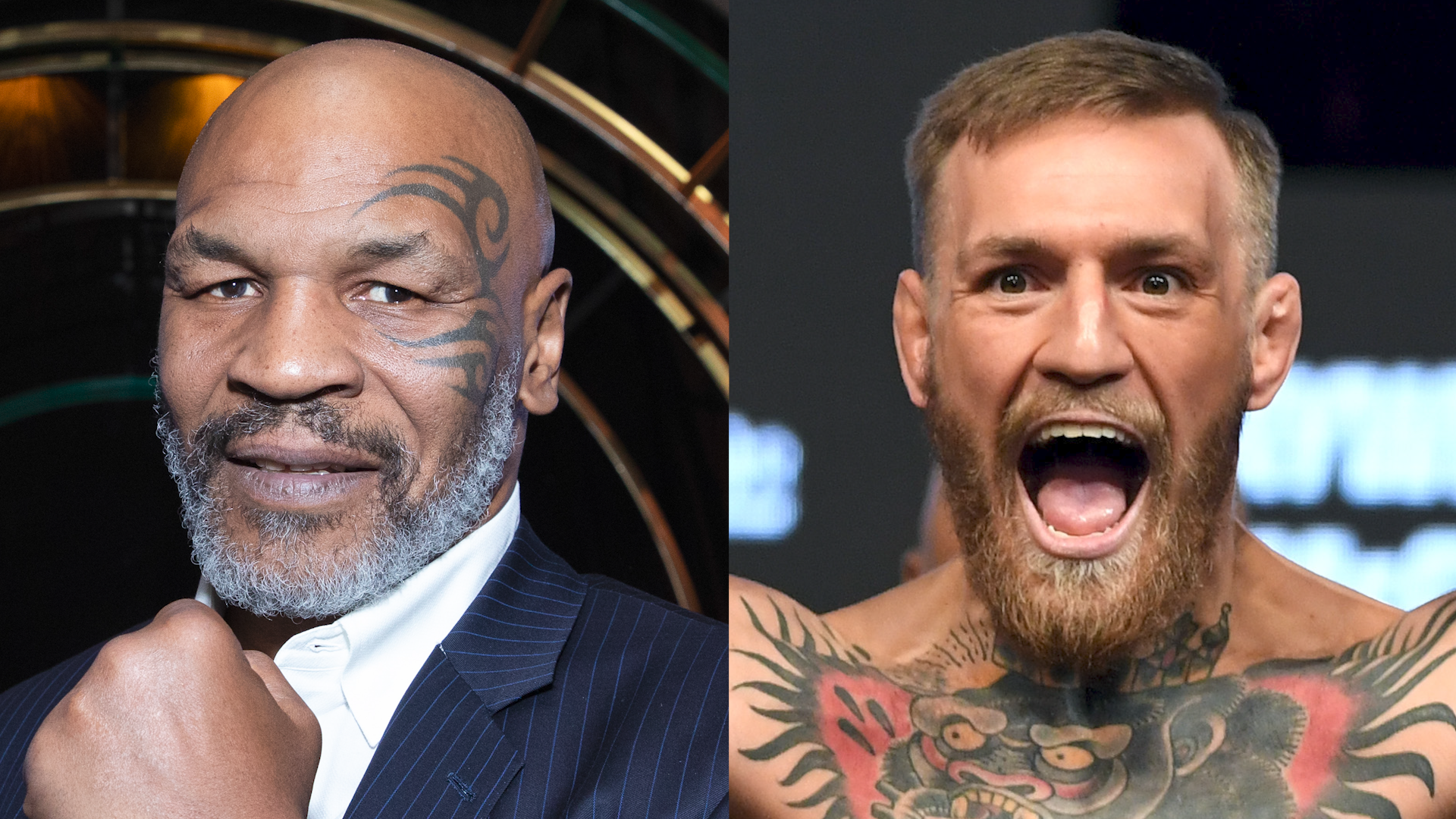 On The Tonight Show Starring Jimmy Fallon Monday, boxing legend Mike Tyson discussed returning to the ring for his upcoming match against Roy Jones Jr. "I'm back, man, I'm back. I don't know how it came back. I started training, I'm back in shape, 228. I've been boxing, I can't believe this either, man. I don't believe in the fountain of youth, but something just came over me and I'm back, man," Tyson told Fallon. On Thursday, it was announced that Tyson, 54, and Jones, 51, will be fighting in an eight-round exhibition fight on September 12, to launch Tyson's new "Legends Only League," which aims to bring back the "best of the best" in every category.  So in honor of Tyson's new league, Fallon thought it would be fun to ask the former world heavyweight champion how he would fare against other fighting legends – like Rocky Balboa and Ivan Drago. Of course, Tyson joked he would totally kick those movie characters' butts. However, when it came to a real-life scenario – fighting mixed martial artist and boxer, Conor McGregor, Tyson boldly stated, "Yeah, but I'm going to kick his ass anyway," after Fallon pointed out that McGregor is "nuts" and "doesn't play by the rules," since he's MMA. While Tyson claims he would beat McGregor, there is one legend Tyson would not mess with – the Karate Kid.  "Whoa. Wax off, wax on. This looks pretty complicated. I'm going to have to surrender to him on this one," said Tyson.