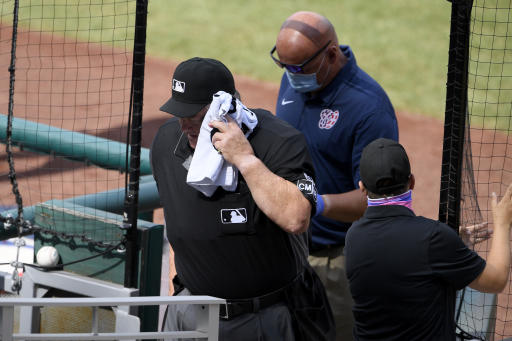 Home plate umpire Joe West left in the bottom of the first inning of Thursday's game between the Washington Nationals and the Toronto Blue Jays after getting bloodied when he was hit in the head by Bo Bichette's flying bat. The 67-year-old West, who is the senior umpire in Major League Baseball, was struck near his left ear when Toronto leadoff hitter Bichette lost hold of his bat while swinging at – and missing – the first pitch thrown by Washington right-hander Erick Fedde.