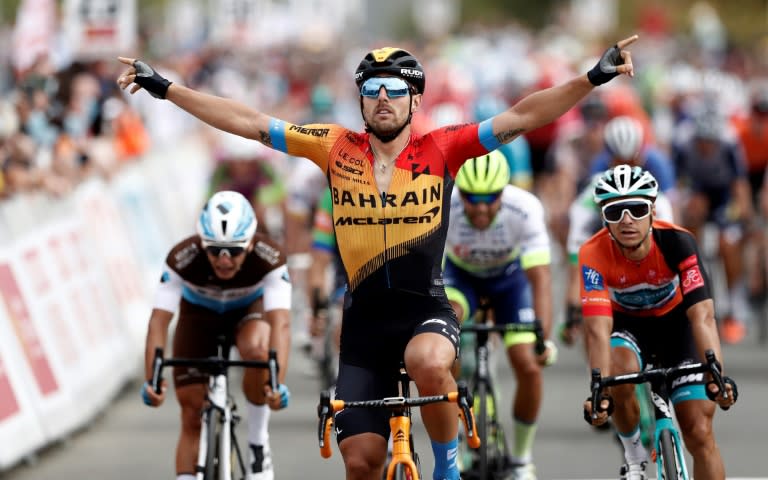 Italian sprinter Sonny Colbrelli of the Bahrain-McLaren team won a bunch sprint on stage two of the four-day French Route d'Occitanie race on Sunday after a 174.5km run from Carcassonne to Cap Decouverte. Britain's Chris Froome and Colombian Tour de France champion Egan Bernal are warming up on the race for the upcoming Tour which embarks from nearby Nice on August 29. After embarking from the fortified city of Carcassonne with its medieval citadel the pair finished with the main pack being cheered on by a scattering of masked locals at the finish line at an adventure park.