Pollock homers, May strikes out 8 as Dodgers beat Padres 5-2 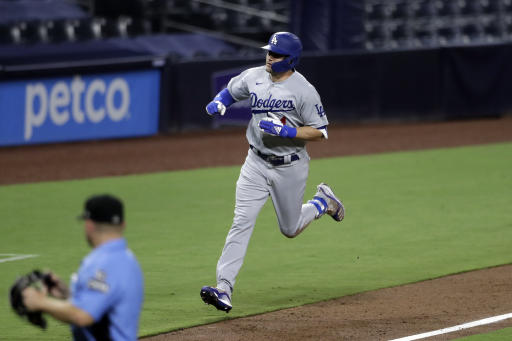 AJ Pollock hit a pinch, go-ahead double in the seventh inning and added a solo homer, and Dustin May struck out a career-high eight to help the Los Angeles Dodgers beat the San Diego Padres 5-2 on Tuesday night. Mookie Betts entered the game in right field in the eighth inning after missing Monday night's 5-4 loss in the series opener due to a finger injury. May (1-0), who made his MLB debut against the Padres on Aug. 2, 2019, got his first career win against San Diego after two losses.