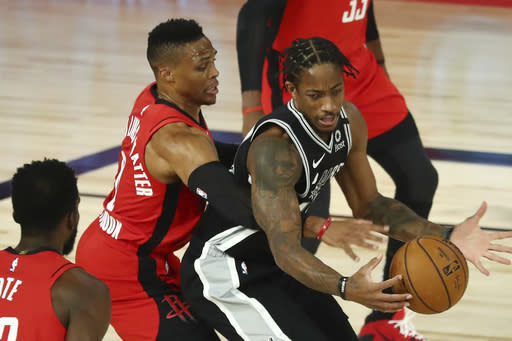 Keldon Johnson had 24 points and 11 rebounds, and San Antonio kept alive its chances of becoming the first team in NBA history to make 23 consecutive playoff appearances with a 123-105 victory over the Houston Rockets on Tuesday. San Antonio has won three straight and five out of seven since arriving in the Florida bubble. DeMar DeRozan added 23 points.