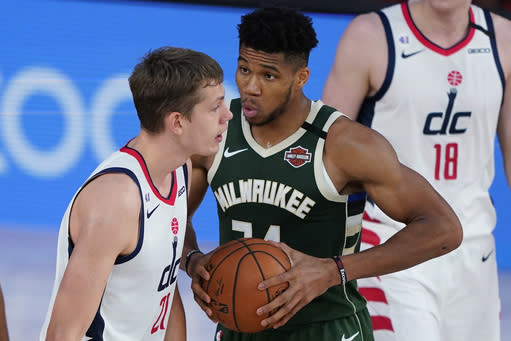 Giannis Antetokounmpo has been suspended for Milwaukee's final game of the regular season, handed a one-game penalty Wednesday for headbutting Washington's Moe Wagner. It's unknown if Antetokounmpo would have played in Thursday's game against Memphis anyway, given that the Bucks have already secured the No. 1 overall seed in the NBA playoffs that start next week. Antetokounmpo will be eligible for Game 1 of the Bucks' first-round series against Orlando, which will almost certainly be played Monday or Tuesday at Walt Disney World.