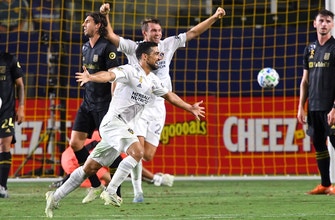 For the second time in less than a month, LA Galaxy manhandled their rivals, LAFC. The Galaxy scored three goals in the second half, the first from Cristian Pavon, the second and third from Sebastian Lletget en route to a 3-0 blowout.