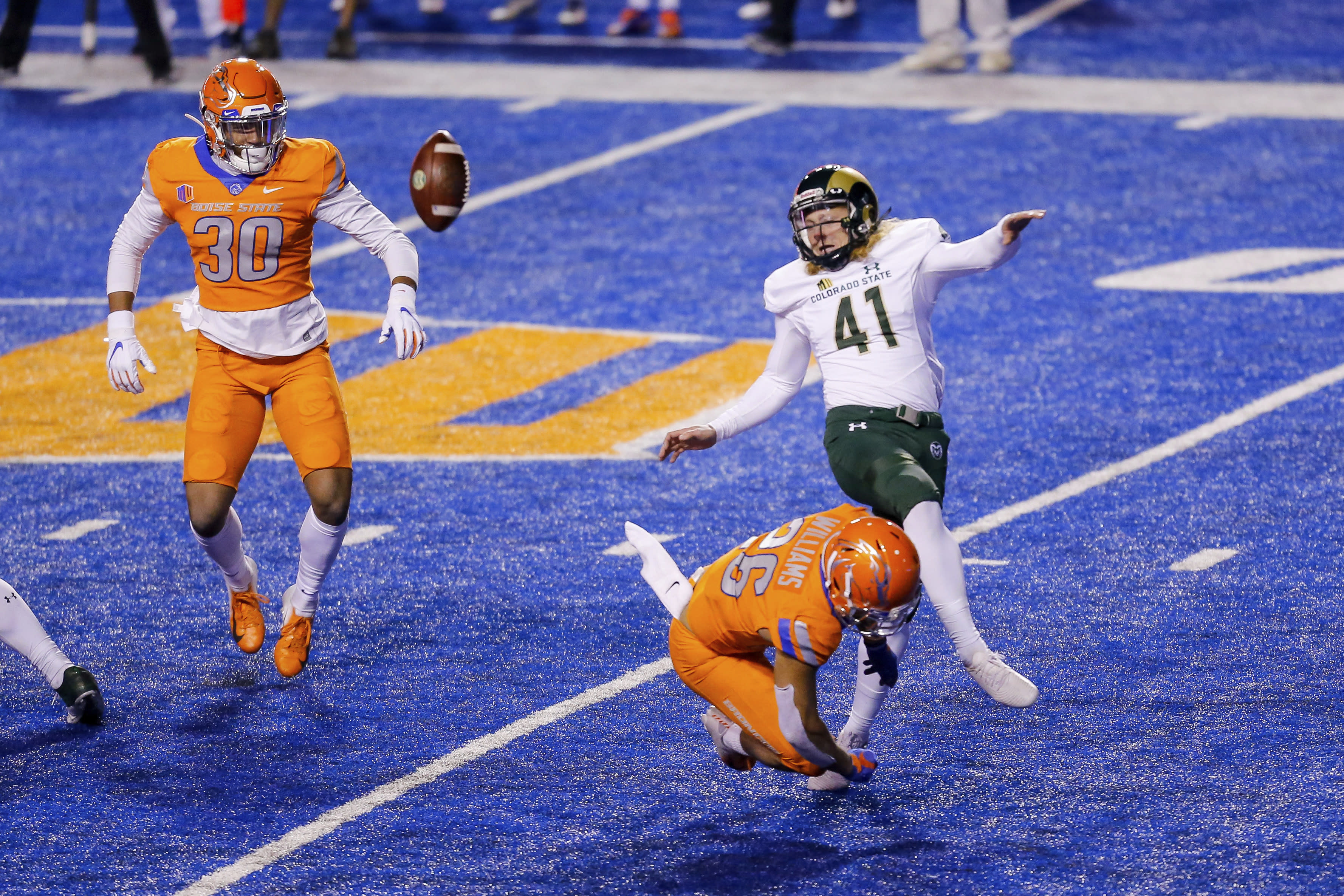 Avery Williams blocked two punts that were returned for touchdowns in the first half, Boise State had three special teams touchdowns off blocked kicks, and the Broncos routed Colorado State 52-21 on Thursday night. Williams recovered his own blocked punt for a touchdown 52 seconds into the game. Late in the first half, Williams came off the edge and blocked his second punt, this one picked up by DJ Schramm and returned 20 yards for a TD that made it 42-7.