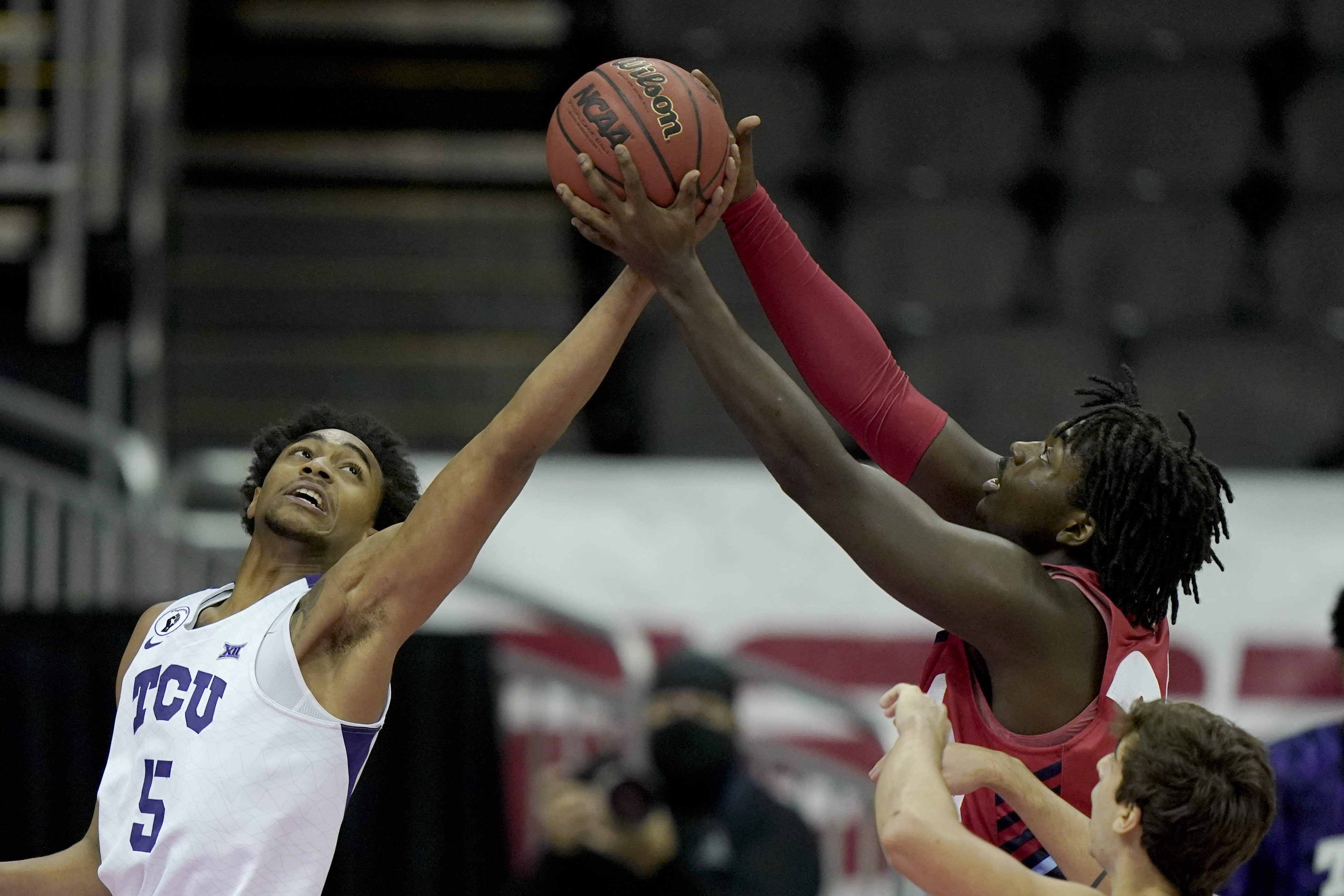 R.J. Nembhard scored 14 points and TCU held on for a 56-52 victory over Liberty in the championship game of the Hall of Fame Classic on Sunday. The Horned Frogs (3-0) had a nine-point lead with two minutes left but the Flames got a 3-pointer from Darius McGhee then two baskets off turnovers generated by their press to close within four with 30 seconds remaining. A missed free throw gave Liberty the ball back with 17.2 seconds remaining but Chris Parker had his pass deflected with 2.1 remaining and the ensuing inbounds pass went off McGhee's fingers.