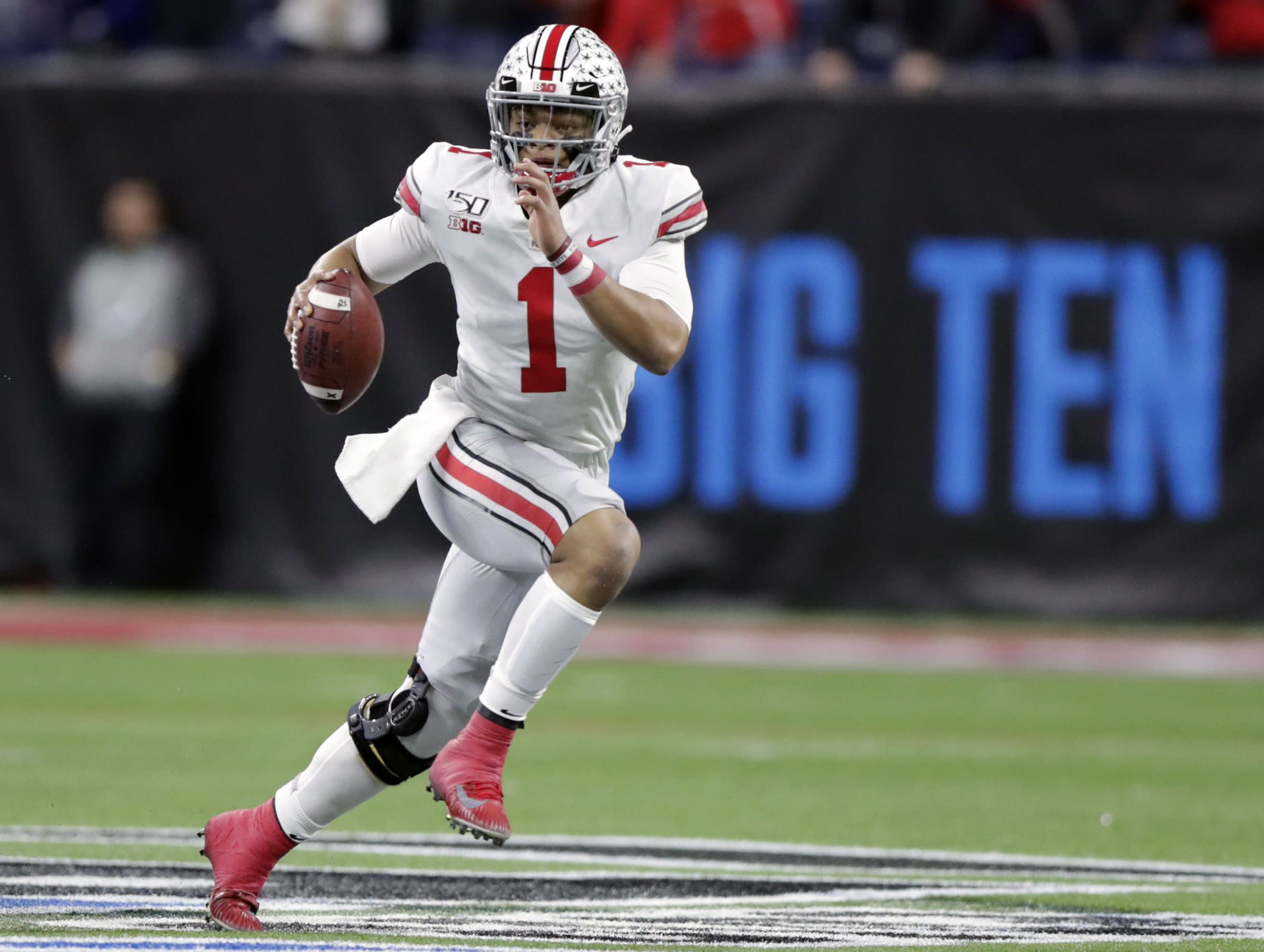 No. 3 Ohio State will take the field in the Big Ten championship game despite playing just five games, thanks to the conference bigwigs making an impromptu adjustment to a rule that had required a team to have at least six games on its resume in order to qualify. The Big Ten surely wrestled with the nagging concern that it may be left out of the College Football Playoff altogether in these challenging financial times, missing out on the $6 million payday that goes to each of the four participating schools. One pundit tweeted a picture of the supposed analysis used by the Big Ten to make its decision, which was nothing more than Ohio State (5-0, No. 4 in the CFP rankings) circled with four dollars signs beside its name.