Home › News › Shannon Sharpe: James Harden had too much power in Houston, and he abused it | UNDISPUTED

Shannon Sharpe: James Harden had too much power in Houston, and he abused it | UNDISPUTED 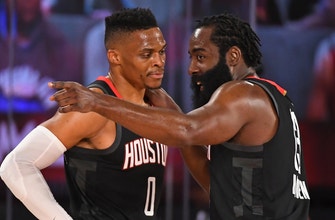 While James Harden made his preseason debut last night, reports this morning have surfaced saying that the Houston Rockets created a culture built around giving Harden whatever he wanted. According to multiple former coaches and staff members, the motto was quote ‘whatever James wants.’ This included practice schedules, extended road trips in cities that Harden liked and also final calls on team personnel. Hear what Skip Bayless and Shannon Sharpe have to say about the Rockets’ treatment of James Harden.