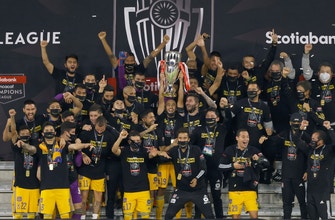 LAFC led Tigres 1-0 into the 72nd minute thanks to a Diego Rossi goal, but Hugo Ayala struck for the equalizer and Andre Pierre Gignac put away the go-ahead goal in the 84th-minute as his team claimed the CONCACAF Champions League title in dramatic fashion.

A complete guide to actualizing your potential