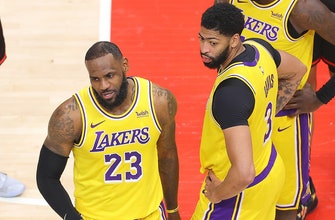 The Los Angeles Lakers beat the Atlanta Hawks 107-99 last night, but the biggest headline from the game was an interaction that LeBron James had with a courtside heckler during the 4th quarter that resulted in 4 fans being ejected from the arena. The woman who was seemingly at the center of the incident posted on social media last night that the spat stemmed from a back-and-forth that LeBron had with her husband during the game. LeBron ended up scoring LA’s final 9 points to seal the victory, and he spoke to reporters about the incident afterward. Hear what Skip Bayless and Shannon Sharpe have to say about LeBron James’ comments.

A complete guide to actualizing your potential