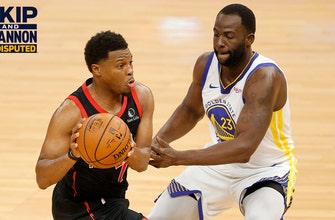 The Golden State Warriors are currently in 9th place in a loaded Western Conference, but that’s not stopping Draymond Green from being confident as ever. This past week, Draymond Green raised eyebrows when he said he believes he’s the greatest defender to ever play in the NBA, adding quote ‘I think I’m great in every facet. I’ll stand by that. I’ll put myself up against anyone’ Hear what Skip Bayless and Shannon Sharpe have to say about Draymond’s comments.