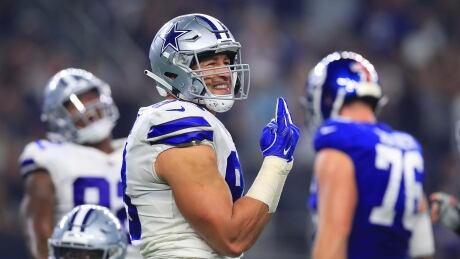 Canadian defensive tackle Tyrone Crawford has retired from the NFL after nine seasons with the Dallas Cowboys. The 31-year-old native of Windsor, Ont., had 179 tackles and 25 sacks in 112 career games for Dallas.

Like Loading...
‹ The Small Sports Blog’s NBA Picks – 3/30/21
Report: Nets tried to trade for Warriors’ Kelly Oubre but were shot down ›