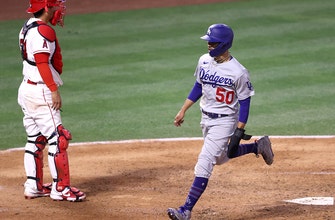 Many Los Angeles Dodgers starters were out of the game by the sixth inning as L.A. trotted out to a 13-0 lead over the Los Angeles Angels. However, the Angels staged a dramatic rally to cut the final deficit to 14-11 before eventually falling short.