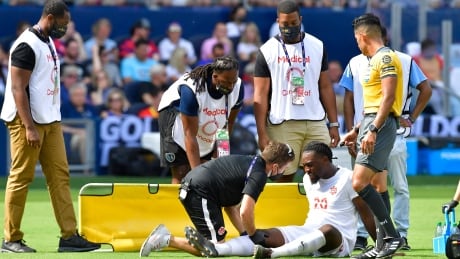 Forward Ayo Akinola is out for the season after injuring the anterior cruciate ligament in his knee in Canada’s 1-0 loss to the U.S. on Sunday at the Gold Cup. Fellow striker Cyle Larin, injured in the same game, is also out of the CONCACAF Championship