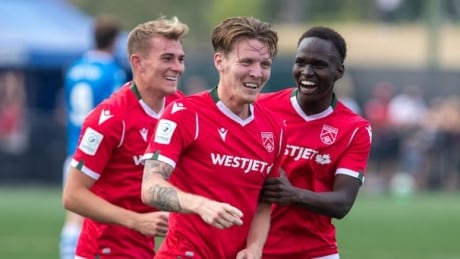 Two first-half goals by Joe Mason gave Cavalry FC a 2-1 victory over Pacific FC on Friday at Starlight Stadium in a battle between the top two teams in the Canadian Premier League.