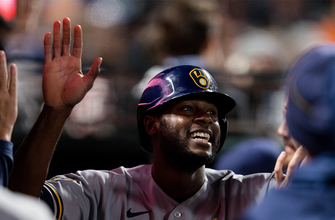 The Milwaukee Brewers defeated the San Francisco Giants, 5-2. Brewers challenged a call on the field after Lorenzo Cain’s hit in the ninth inning. The call was overturned and it ultimately ended in a homer and a win for the Brewers.