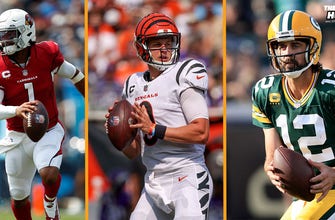 Carson Palmer joins Colin Cowherd to discuss the biggest Week 1 headlines, including Joe Burrow’s return to the field. He breaks down Burrow’s performance and explains how difficult it is to return from a big injury. Hear what the three-time pro bowler has to say about Aaron Rodgers’ underperformance in loss to the New Orleans Saints by comparing his offseason to Russell Wilson’s in Seattle. Palmer also analyzes Kyler Murray’s game and what separates himself from other quarterbacks.