Home › News › ‘It’s fantastic what they did’: NHLers reflect on banner summer for Canadian women

‘It’s fantastic what they did’: NHLers reflect on banner summer for Canadian women 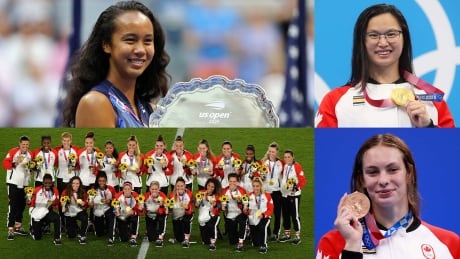 From Olympic gold captured by the women’s soccer team to Maggie Mac Neil and Penny Oleksiak’s early charge in the pool in Tokyo, the women’s hockey team winning the world title, and Leylah Fernandez’s historic run at the U.S. Open, Canadian women dominated the field of play this summer. Their accomplishments are not lost on several NHL players.