Home › News › Bill Billick is all for Justin Fields starting for the Chicago Bears: ‘He’s gotta learn’ I THE HERD

Bill Billick is all for Justin Fields starting for the Chicago Bears: ‘He’s gotta learn’ I THE HERD 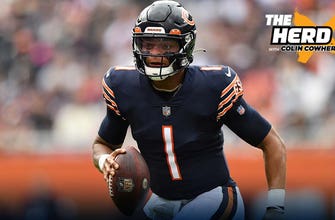 NFL Network analyst Bill Billick joins Colin Cowherd on The Herd just as news breaks that Matt Nagy has named Justin Fields the starting quarterback of the Chicago Bears. Billick tells Colin whether he believes Nagy is right to start Fields over veteran quarterback Andy Dalton, and what this means for the franchise’s future.