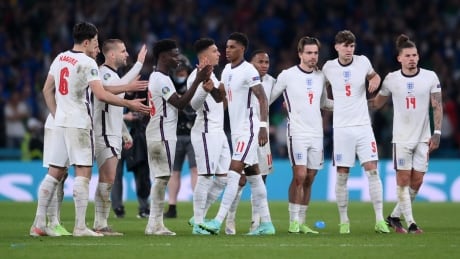 A man who posted a video on Facebook in which he racially abused England soccer players Marcus Rashford, Jadon Sancho and Bukayo Saka following the European Championship final was handed a suspended prison sentence on Wednesday.