Home › News › Nick Wright: ‘Russell Wilson may be getting stale with the Seahawks’ I FIRST THINGS FIRST

Nick Wright: ‘Russell Wilson may be getting stale with the Seahawks’ I FIRST THINGS FIRST 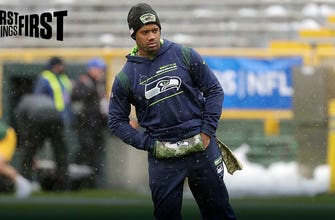 After the Seahawks get shut out by the Green Bay Packers last weekend, Nick Wright says this isn’t the beginning, but the middle of the end of Russell Wilson in Seattle. Watch as he breaks down why he believes both the Seahawks and Russ may be better off if they go their separate ways.