Barcelona crashes out of Champions League, ending 17-year streak of KO round appearances 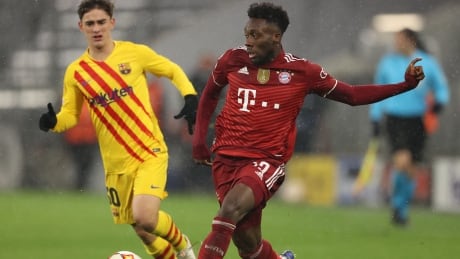 Canadian star Alphonso Davies and Bayern Munich put a halt to Barcelona’s 17-year streak of advancing to the Champions League knockout rounds each season on Wednesday with an exit from the group stage that failed to finish on time because of snow in Italy.