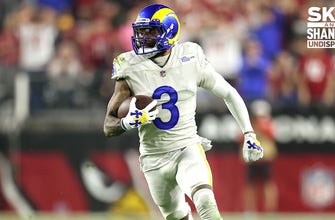 Odell Beckham Jr. continued to make an impact on the LA Rams, hauling in six catches for 77 yards and a touchdown in their 30-23 win over NFC West foe Arizona Cardinals last night. It marked the third straight game he caught a touchdown, after not having any in six games with the Cleveland Browns this year. The performance led Justin Jefferson to tweet quote: ‘OBJ WAS NOT THE PROBLEM!! I hope y’all see that now…CLOWNS.’ Shannon Sharpe reacts to Jefferson’s tweet and explains why he agrees with him.