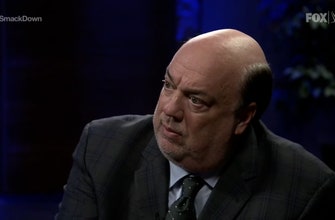 Paul Heyman made a return to Friday Night SmackDown and publicly spoke for the first time since revealing his alliance to Brock Lesnar, ultimately to end up being fired by Roman Reigns. Heyman considered what he will do next on this special, Christmas Eve edition of SmackDown.

Like Loading...
‹ Clay Travis: Cardinals get the win and cover vs. Colts on Christmas Day I FOX BET LIVE
Colts missing all 3 starting interior linemen as Quenton Nelson lands on COVID list ›