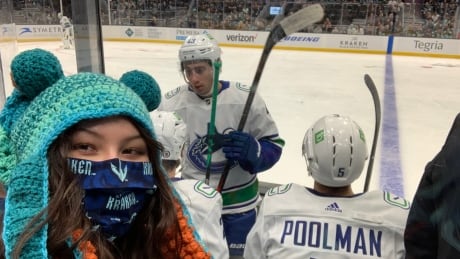 A Seattle Kraken fan is being praised as a hero after helping the assistant equipment manager of the Vancouver Canucks identify a cancerous mole on his neck in the middle of a game.