Nick Wright: Let’s not overreact to Chiefs’ Week 17 loss against the Bengals I FIRST THINGS FIRST 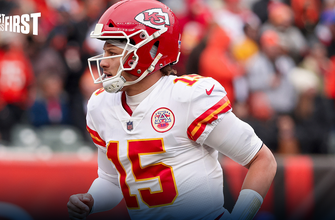 The Kansas City Chiefs are 1-4 this season against current AFC playoff teams, and LaVar Arrington joins Nick Wright to tell the First Things First crew why this isn’t a big deal. Watch as LaVar and Nick tag team and explain why the close loss to the Cincinnati Bengals isn’t something that worries them when factoring in all it took for Joe Burrow and Ja’Marr Chase to win. Plus, Nick lays out why the 1-4 stat is a misleading one when you consider their record against the NFL as a whole.