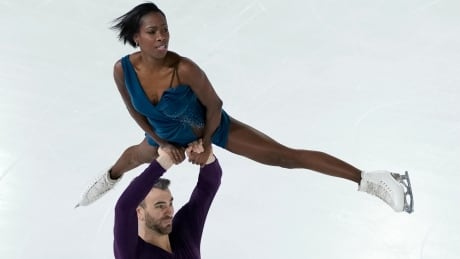 Veteran pairs duo Vanessa James and Eric Radford were named to Canada’s Olympic figure skating team for Beijing on Sunday, despite withdrawing from the Canadian championships a day earlier.