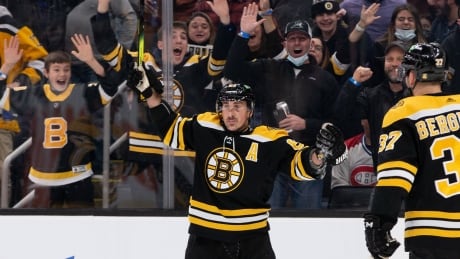 Brad Marchand scored two goals 15 seconds apart in the first period and completed the hat trick with a short-handed goal in the second, leading the Boston Bruins to a 5-1 victory over the Montreal Canadiens on Wednesday night in Boston.

Like Loading...
‹ Canada froze out Mexico in World Cup soccer qualifier in Edmonton. Will it happen again in Hamilton?
Latest on Giants’ GM search: Four candidates interviewing over Wednesday and Thursday ›