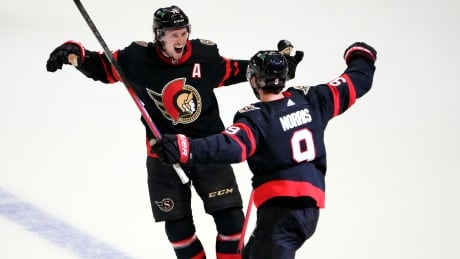 The Ottawa Senators gave up three unanswered third-period goals, but redeemed themselves winning in overtime as Josh Norris scored his second of the night on the power play for a 4-3 victory over the Seattle Kraken Thursday.

Like Loading...
‹ James Harden is under the most pressure as Kevin Durant, Nets come to town I SPEAK FOR YOURSELF
Durant, Nets end Harden honeymoon with 76ers, win in blowout 129-100 ›