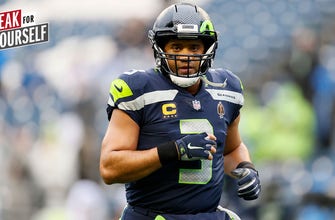 Russell Wilson reportedly is on his way to the Denver Broncos but is leaving a mess behind him in Seattle. The Athletic wrote about some of his former Seahawks teammates, saying that they felt the QB quote: ‘checked out’ last season, which was a factor in the trade. They added that the Seahawks were not happy with constant headlines regarding Wilson’s issues with the team.