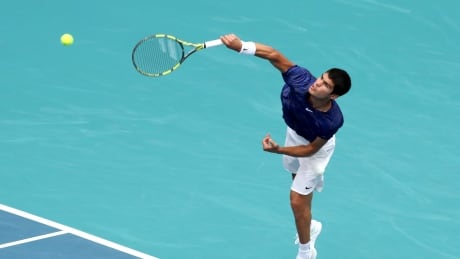 Spanish fans brought plenty of their nation’s flags to Hard Rock Stadium on Sunday in Miami Gardens, Fla., thrusting them into the air whenever things were going well for Carlos Alcaraz. Alcaraz, the No. 14 seed, shook off a slow start to beat sixth-seeded Casper Ruud of Norway 7-5, 6-4 in the Miami Open final.