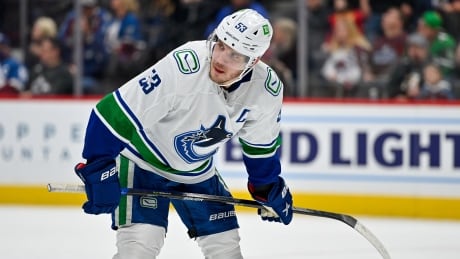 The Vancouver Canucks say captain Bo Horvat will be out for at least two weeks after suffering a lower-body injury. The team says the 27-year-old centre will be re-evaluated in two weeks — a timeline that means he may have played his last game of the regular season.

Like Loading...
‹ Zverev grinds out victory over Sinner to advance to Monte Carlo semis
Fernandez dominates in qualifier win to give Canada early lead at Billie Jean King Cup ›