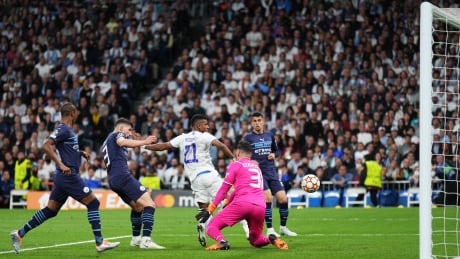 Real Madrid produced yet another magical Champions League night at the Santiago Bernabeu Stadium on Wednesday, rallying late with two goals in two minutes by substitute Rodrygo to force extra time and defeat Manchester City 3-1 to reach its first final in four seasons.