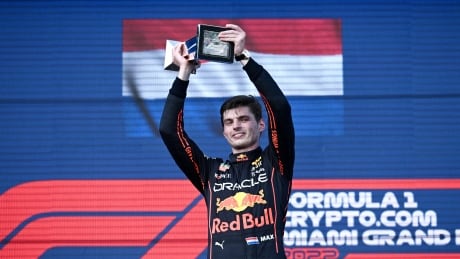 Max Verstappen used an aggressive early pass on Formula One championship leader Charles Leclerc then controlled the inaugural Miami Grand Prix for his third victory of the season on Sunday in Miami Gardens, Fla.