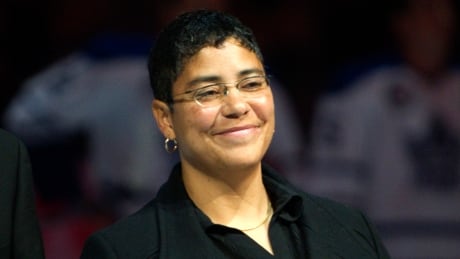 Hockey Hall of Famer Angela James has taken over as general manager of the Toronto Six women’s pro hockey team. The 57-year-old from Toronto stepped into the job two months after assuming an ownership stake in the Premier Hockey Federation team alongside former NHL player Anthony Stewart and coach Ted Nolan.