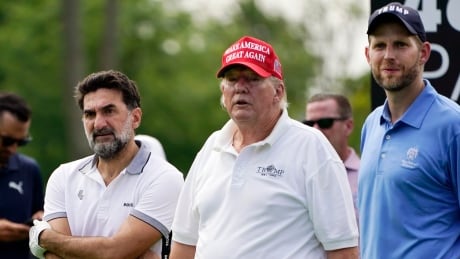 Former President Donald Trump played another round at his home course Thursday, this one different from so many others. He was part of the Saudi-funded LIV Golf Invitational pro-am, put on by a breakaway league he says is creating a “gold rush” for players.