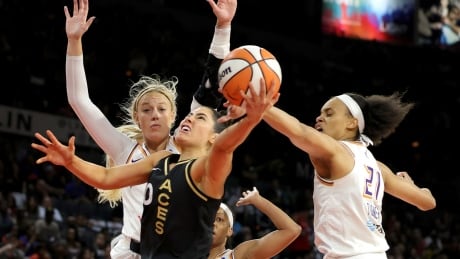 Kelsey Plum had 22 points, Chelsea Gray scored nine of her 17 points in the fourth quarter and the top-seeded Las Vegas Aces beat the short-handed Phoenix Mercury 79-63 on Wednesday night in the opening round of the WNBA playoffs.