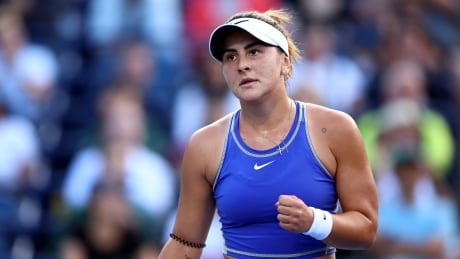 Four months after returning to action from an extended break, Canadian tennis star Bianca Andreescu says her confidence is peaking heading into the final Grand Slam of the season.