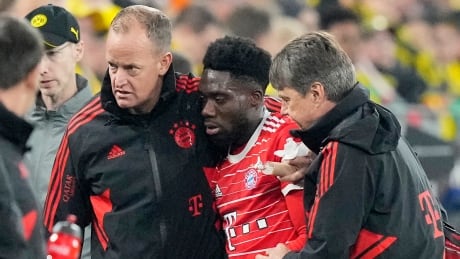 Canadian soccer standout and Bayern Munich defender Alphonso Davies has suffered a skull contusion after he was kicked in the head during Saturday’s draw with Borussia Dortmund, the Bundesliga champions said on Sunday.