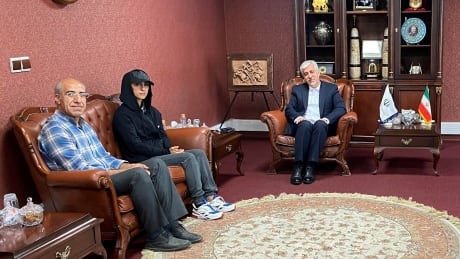 The president of Iran’s national Olympic committee claimed Thursday that competitive climber Elnaz Rekabi will not be punished or suspended after competing in South Korea over the weekend without wearing her nation’s mandatory headscarf.